NIC Himachal Pradesh Project titled "Integrated Online Hotels Reservation System" has been conferred with the Gold Icon National eGovernance Award under Category-X- “Innovative use of Information Communication Technology by State Government PSU/ Cooperatives/ Federations/ Societies” for the for the year 2015-16. The National eGovernance awards have been presented during the 19th National eGovernance Conference held at Nagpur during 21-22 January 2016. Hon’ble Chief Minister of Maharashtra, Sh. Devendra Fadnavis presented the award to the winning team in the National Conference. Hon’ble Union Minister of Transport, Sh. Nitin Gadkari and Hon’ble Minister of Administrative Reforms, Dr. Jitendra Singh were present during the inaugural session of the Conference. 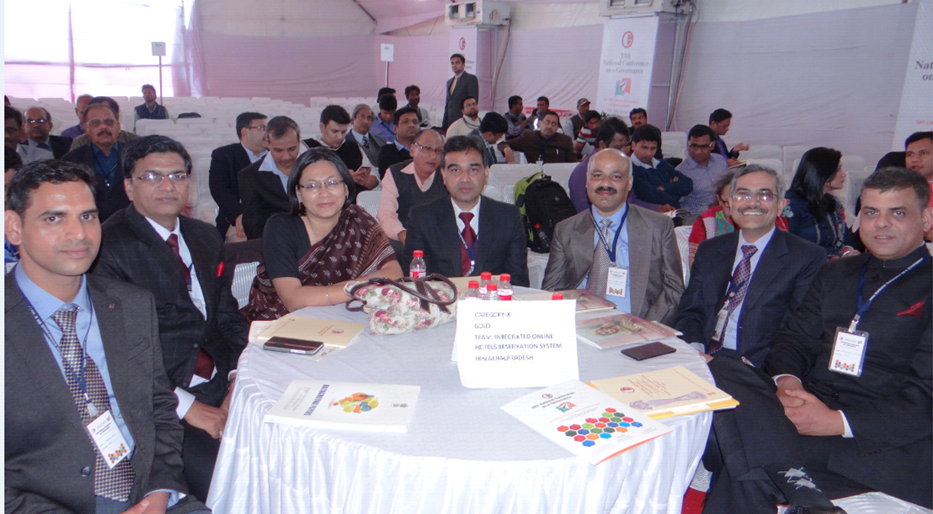 The two papers, authored by NIC Himachal Pradesh officers, have been published in the Compendium of Papers of the 19th National eGovernance Conference. These are:

The State Government added yet another feather in its e-Governance cap by winning the Award for its contribution during the Digital India Week held in July this year. Himachal Pradesh has been ranked 2nd among all States and Union Territories of India.The Awards have been presented on the Good Governance Day at New Delhi on December 28, 2015 by the Hon’ble Union Minister of Communication & Information Technology, Sh. Ravi Shankar Prasad. The Award was received by the ACS (IT), SIO (NIC) and officers of HP DIT and NIC HP. Every officer of these Departments was actively involved at State and District levels to make Digital India Week a success. 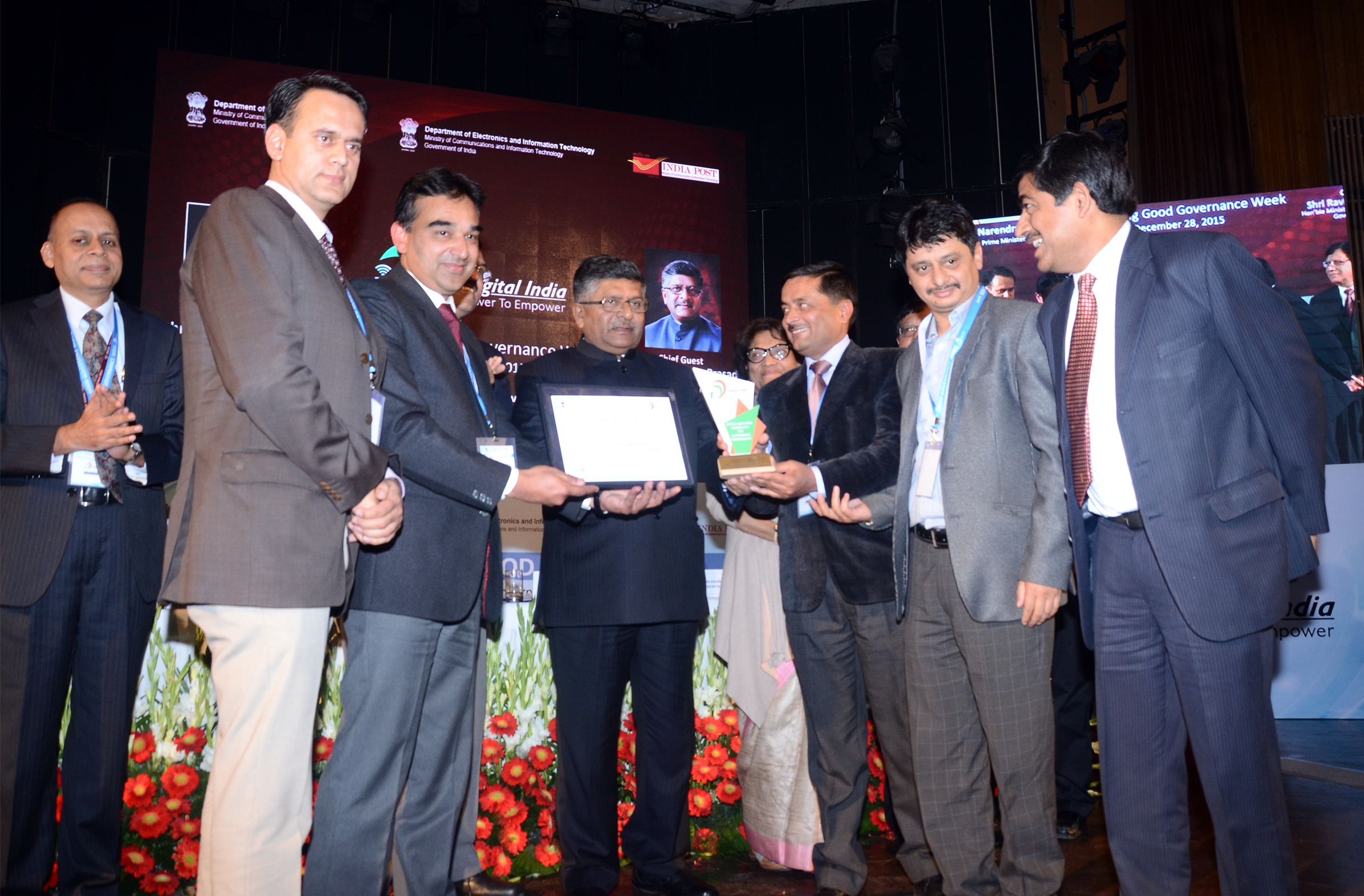 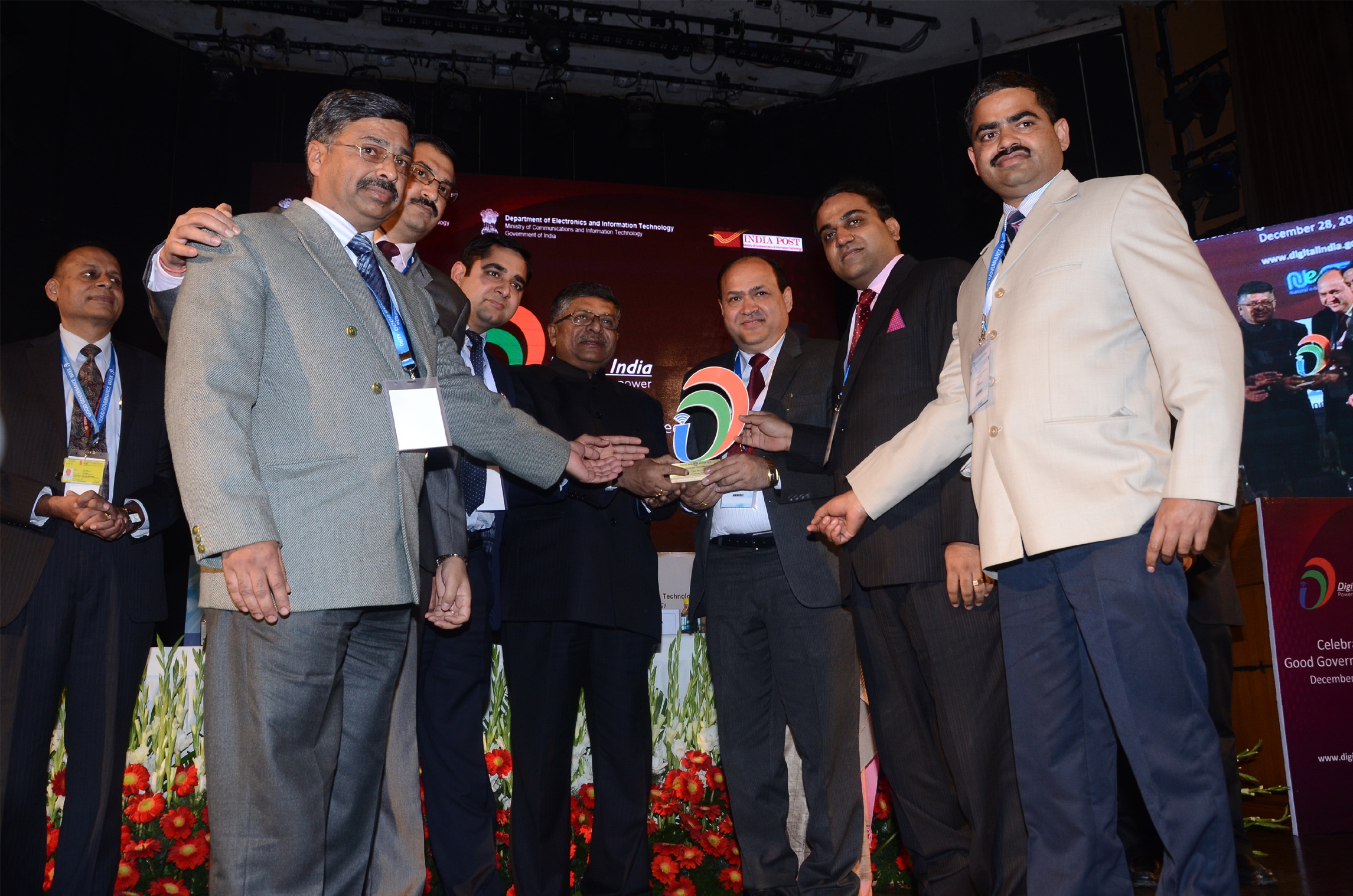 The Digital India Week was celebrated in the country between July 1 to 7, 2015 and its main objective was to Inform, Educate and Engage with citizens through organization of events at large number of Digital Points of Presence such as Government offices, CSCs/ Post Offices, Blocks, Schools, Gram Panchayats etc. In Himachal Pradesh, a number of events were organised during this week and reporting was done through the online systems.

The Chief Minister of Himachal Pradesh launched the Digital India Week by commissioning7services under the eDistrict Program which include registration of birth, death & marriage; issuance of Parivar Register etc. During this event, a Aadhaar Permanent Enrolment Centre was also inaugurated. Besides this,eVidhan and Mandi Tourism Mobile Apps, MyDiarY Mobile App were also launched. A workshop on Cyber Security was held and a number of awareness counters for citizens were set up throughout the State to inform about the electronic delivery of Government and other services. Quiz Competitions on e-Governance and IT were also held in schools. Dissemination of knowledge about e-Governance activities was done in Special Gram Sabhas being held during that period.

Digital Lockers of around 11,000 citizens were opened during this week through District Informatics Officers and LokMitraKendras, which is almost double the National average in percentage terms. All event photos and videos were uploaded on the portal and these have been evaluated by the DeitY, GoI for deciding the Best Performing States and Districts of the country. The Department of IT, Himachal Pradesh, National Informatics Centre, Himachal Pradesh and CSCs actively contributed during the DIW to create awareness among citizens about the various eGovernance aspects.

Three Districts of Sirmaur, Shimla and Una have also received the award for being best contributing Districts of Himachal Pradesh. The Deputy Commissioners/ADC and District Informatics Officers of NIC of respective Districts received these awards on the Good Governance Day. 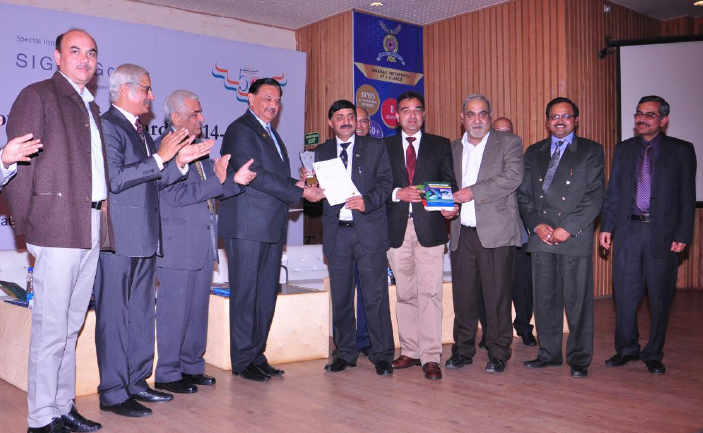 The NIC Himachal Pradesh team was represented by Sh. Ajay Singh Chahal, State Informatics Officer, Sh. Lalit Kapoor, Technical Director, Sh. Sandeep Sood, Principal Systems Analyst, Sh. Vijay Kumar Gupta, PSA, Sh. Sanjay Kumar, PSA and Sh. Daljeet Singh Rana, Senior Systems Analyst. A total of 4 CSI-Nihilent eGovernance Awards have been won by NIC Himachal Pradesh projects during the years 2012-15. The HimBhoomi project started with the computerisation of Land Records in Himachal Pradesh being the true replica of existing Record of Rights (RoR) and it got integrated with the Registration process and thereafter, a number of Process Changes (reforms) have been affected in the recent years. The software has proved beneficial for the Department of Revenue, Citizens, Vigilance and for Land Planning purposes. A number of RoR (Jamabandi) copies are taken by the citizens daily through the Citizen Service Centres-LokMitra, set up in the Panchayats of the State. 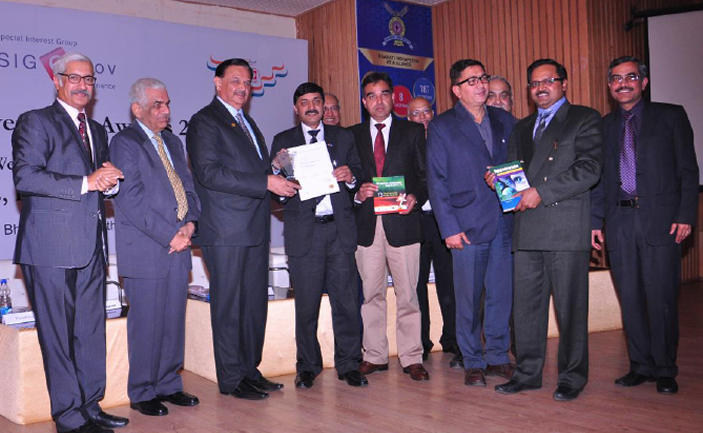 The objective of HimKosh has been to provide an online Integrated Financial Management System by inter-linking receipt and expenditure data generated at treasuries and release of allocated fund by FD, HODs to their field functionaries with the basic objective of improving the Financial Reporting System. The entire Finance operations of all Departments are online, with data being re-used and all payments through online mode only. Mobile Apps to facilitate users have also been developed and are widely used by employees and pensioners alike. Both these software have been designed and developed by the National Informatics Centre, Himachal Pradesh and value additions done over the years. A number of new citizen and employee centric features have been added as per requirements and technology availability over the years. 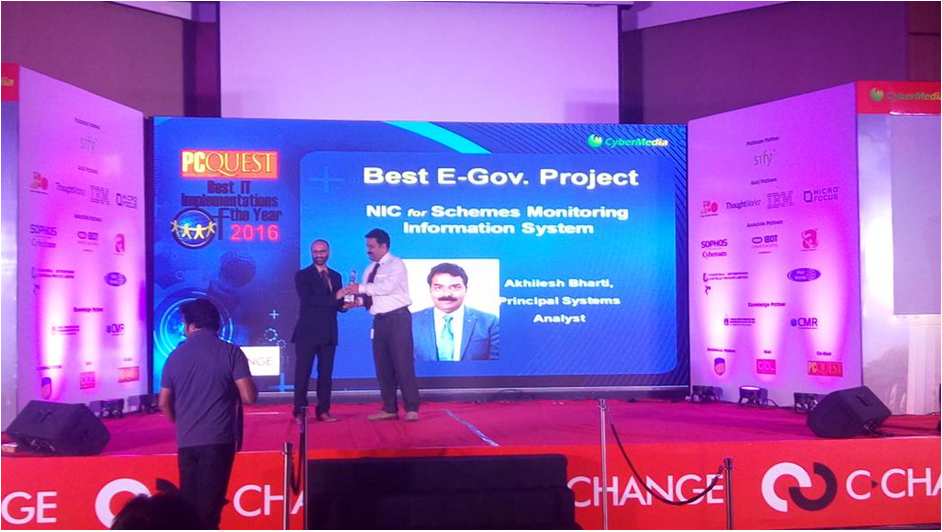 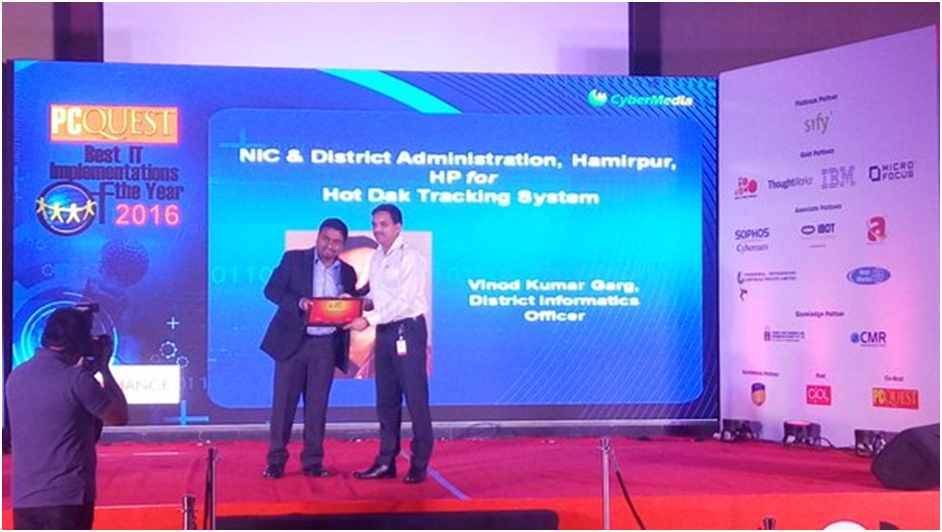 The Manav Sampada (Human Resource Management System) project of NIC has won the Skoch Smart Governance Award 2015 on 23rd September 2015. The Manav Sampada software has been developed as a product and has been implemented in the State of Himachal Pradesh. It is under implementation in the State of Jharkhand and being implemented in the National Human Rights Commission, New Delhi, some Departments of the States of Bihar and Maharashtra and being considered for implementation in Punjab/Chandigarh. 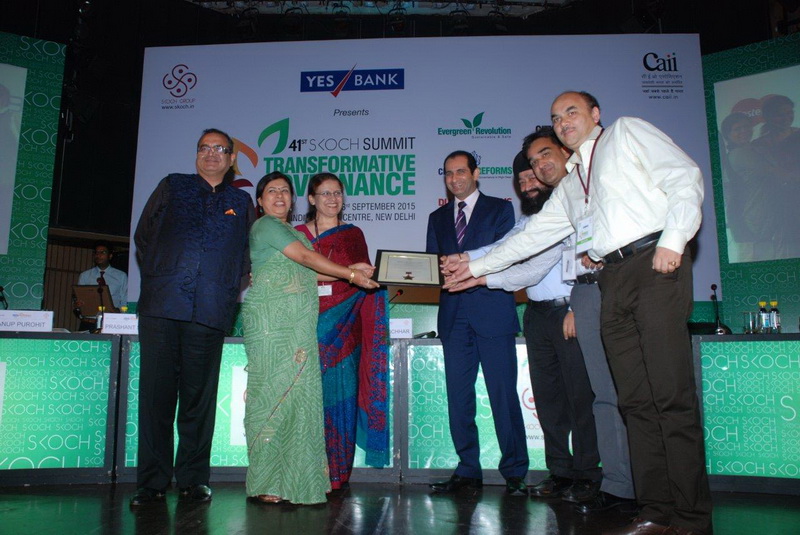 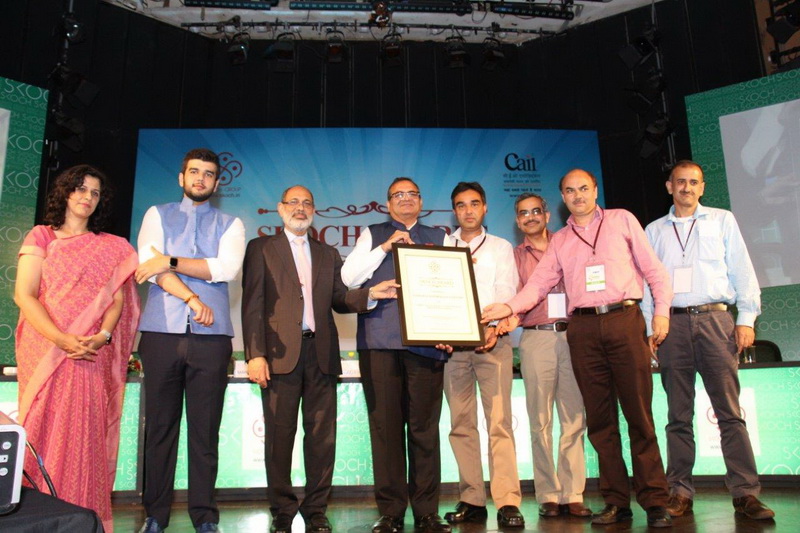 A total of 8 Projects of NIC Himachal Pradesh have received the Skoch Order of Merit on 22nd September 2015 in New Delhi during the Skoch Summit and these are: 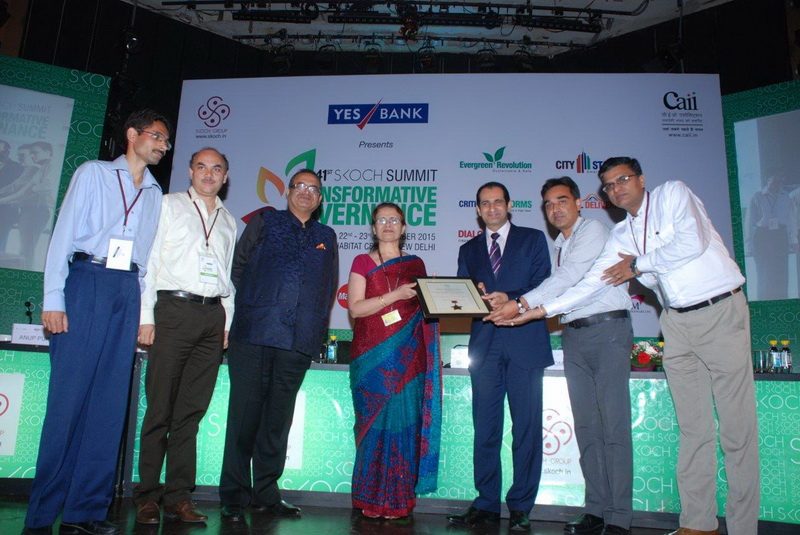 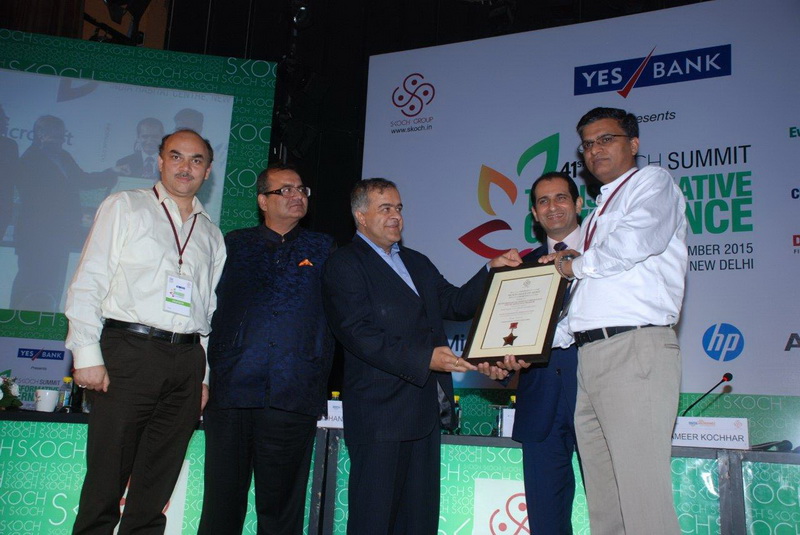 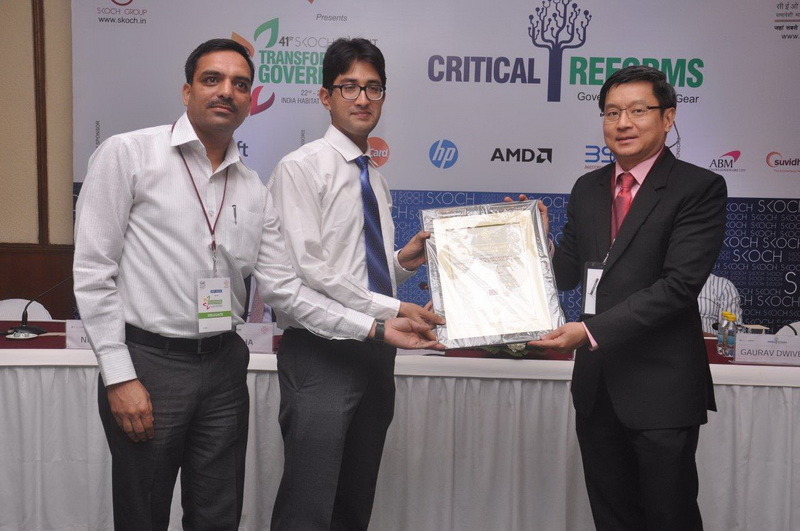 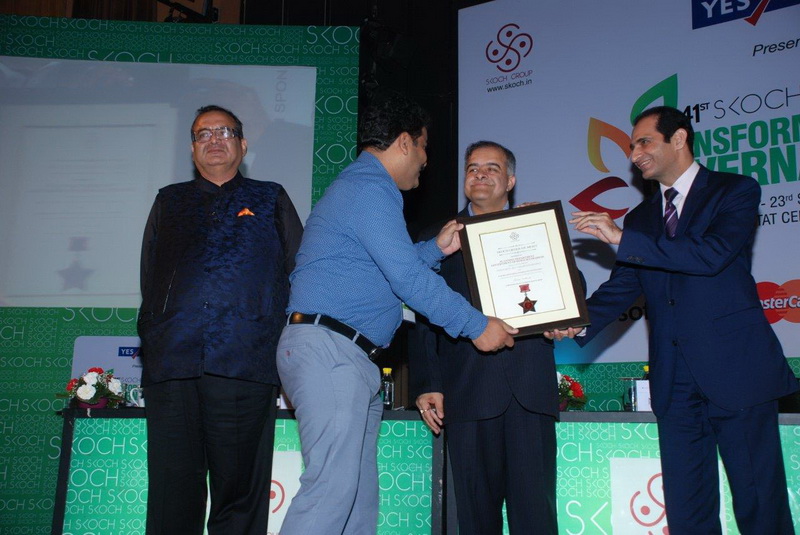 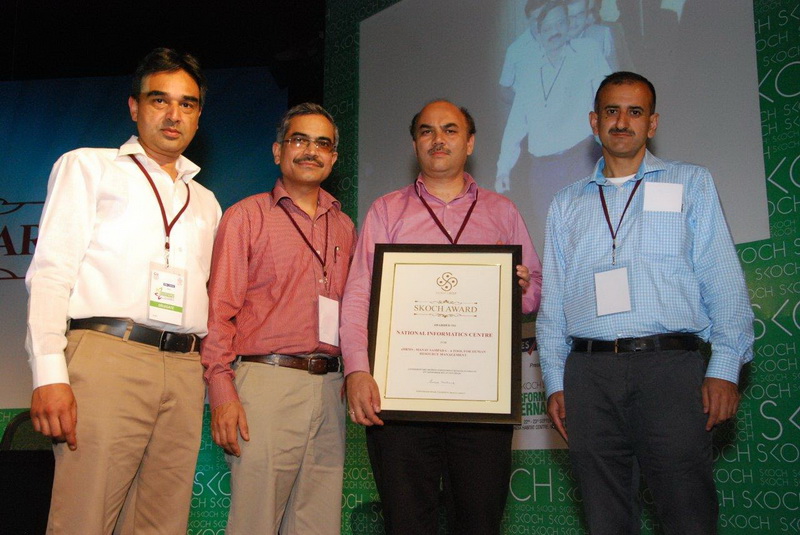 The NIC HP Team has won a number of awards over the years for their best ICT initiatives and this has been possible with the active involvement of all NIC Himachal Pradesh officers at all levels.
Previous Awards Won by Himachal Pradesh