Himachal Pradesh has been conferred two Golden Icon awards for e-governance initiatives. This is the fourth year in a row that Himachal Pradesh has won these awards, since their institution by the Department of Administrative Reforms & Public Grievances, Government of India in the year 2002. These awards are given in the National eGovernance Conference organised by the Department of Information Technology, GOI and DARPG, GOI in different States. This year the 9th National eGovernance Conference was held at Kochi , Kerala from 2-4 February 2006.

Golden Icon for Professional Excellence in Process Reengineering-New Entrant category
The HIMRIS software has been introduced as an extricable linkage to the computerisation of the land records. The system is aimed to offer efficient and transparent services to people, uniform enforcement of changes, tapping of leakages in revenue, spot registration and a single window service and prevention of frauds. The system has been implemented in nine tehsils of Shimla and Solan district. With the introduction of the system, the process of registration has become completely standardised. The calculation of average market rates has become more methodological and meaningful.
As a result of its implementation, the cost of getting the registration is considerably reduced. The citizens are sure of getting the registration done in a time bound manner. The revenue from the services is being used for further computerisation of other services. The flow of information from the filed offices to the Revenue Department is now more accurate, time bound and streamlined. 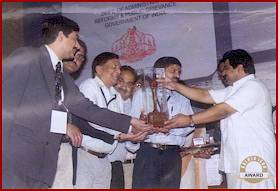 ePension (Pension Disbursement System)
Golden Icon for Innovative Operations & Best Practices-Professional category
The ePension SW is the result of complete reversal of the manual system of pension disbursal and has resulted in direct benefits to both the State Government and to the pensioners during pilot implementation of the project in the Districts of Solan and Una since June 2001. A number of process and procedural changes have been made as part of the implementation. These include: 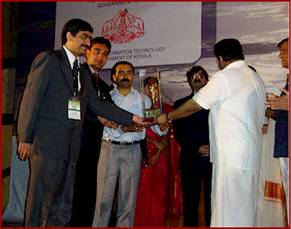 Secretary (IT), Government of Himachal Pradesh with the officers of NIC, Administration, Revenue and Treasury Departments who are associated with the Award Winning Initiatives (Kochi, Kerala, 2-February-2006) 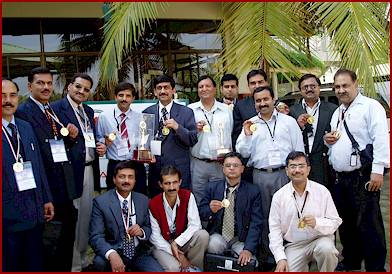