The eGazette initiative of the Himachal Pradesh Government has won the Bronze Icon Award under Category I-Excellence in Government Process Reengineering in the National eGovernance Conference held in Goa on 12th and 13th of February 2008. The Awards were presented by the Hon’ble Governor of Goa, Sh. S.S. Sidhu and Sh. Rajesh Bahadur, State Informatics Officer, NIC Himachal Pradesh received the Award and Certificates on behalf of the State Government at Goa on 12th February 2009.

The Governor of Goa, Sh. SS Sidhu presenting the Award to SIO, NIC Himachal Pradesh while the Chief Minister of Goa, Sh. DV Kamat looks on 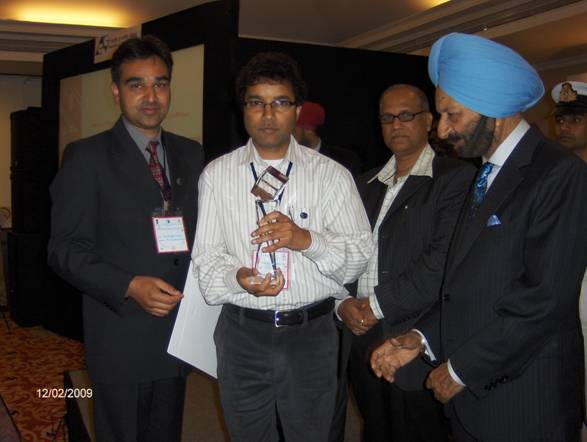 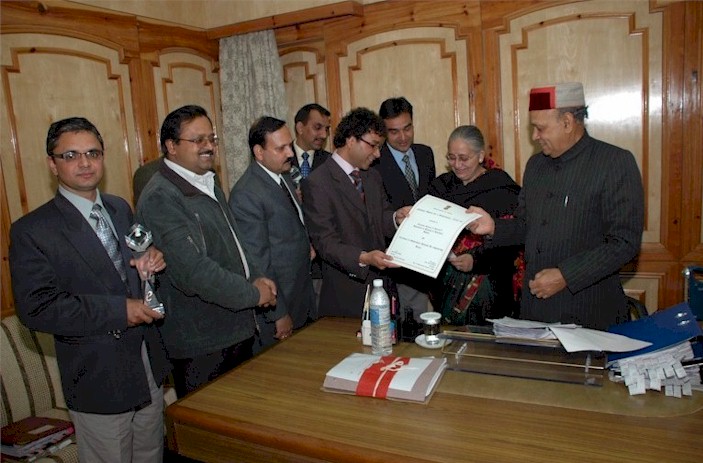 The Digital Gazette project is the first of its kind in the India where the paper copies of the official Gazette have been discontinued from 1st of August 2007. The Gazette in digital and searchable format is available on http://rajpatrahimachal.nic.in/ No other Gazette in India is printed in digital format only

Besides converting the Gazette into digital form, the process has been decentralized as all departments send their notifications for publication through the SW interface only. The eGovernance initiative has resulted in huge cost savings to the State Government besides benefiting the citizens, lawyers, bankers, departments, employees as any Gazette notification issued after the cut-off date is available on the Internet in searchable format.

The eGazette is environment friendly too as its website shows the conservation of trees and water which are used by the paper manufacturing industry for paper manufacture. 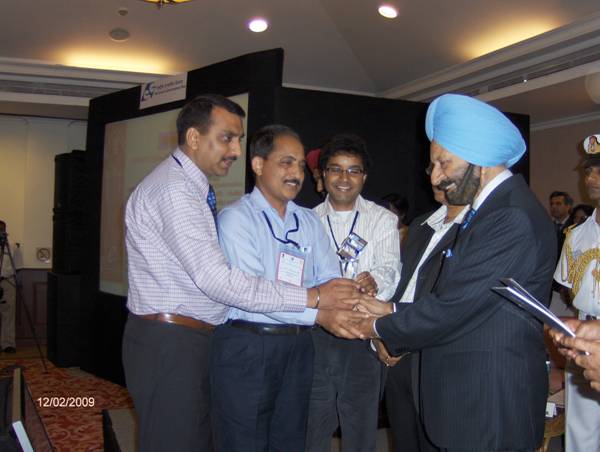 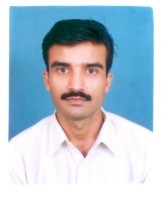 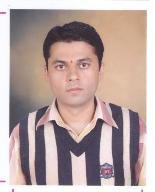 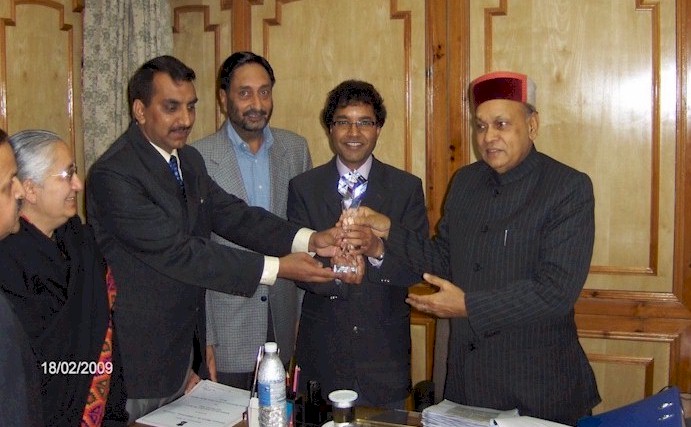 The major Administrative and Social impacts of the project are given below: